Brown Rice: The unpolished rice that remains after the removal of the kernels.

Brewers Rice: Fragments of rice kernels that have been separated from larger kernels of milled rice. The dried extracted residue of rice resulting from the manufacture of wort (liquid portion of malted grain) or beer and may contain pulverized dried spent hops in an amount not to exceed 3 percent.

Soybean Meal: the by-product from the production of soybean oil.

Animal Fat: obtained from the tissues of mammals and/or poultry in the commercial processes of rendering or extracting.

Begin Cat-related Ad-Content
Previous: Ten Common Mistakes When Feeding Cats
Next: What Behavior are You Reinforcing? 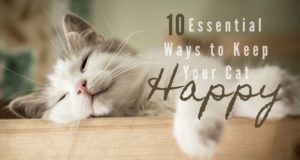