A Simple Little Trick to Use During New Cat Introductions Introducing a second cat to your resident cat is one of the most frightening and frustrating aspects of living with felines. It’s often a nail-biting experience but it doesn’t have to be. The key is to do a gradual introduction and give the cats a reason to like each other.

In this article I’m going to discuss a little trick that can make a difference in the acceptance process…a sock. Yes, an ordinary sock (a clean one, please).

Scent is one of the most valuable communication tools used by cats. When doing a cat-to-cat introduction you can use scent to your advantage. During the introduction the kitties will need to become familiar with each other gradually but that first time they get close enough to sniff each other can result in hissing, growling, fighting, and fur-flying if not done correctly. A safer way to go about this is to start with a pre-introduction with a sock. I know it sounds strange but stay with me here. It’ll all make sense. Read on. 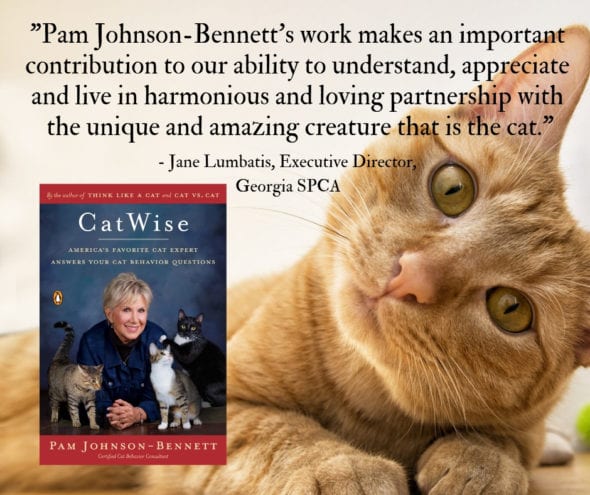 Put a clean sock over your hand and gently pet the newcomer cat around the face to collect his facial pheromones (scent chemicals). Facial pheromones are the “friendly” ones. Cats facially rub where they feel comfortable. These pheromones are not high-intensity the way the pheromones are on the back end of your cat.  Once you’ve collected the pheromones on the sock, you can also spray it with a quick spritz of Feliway. This is a product you can get at pet supply stores that contains a synthetic version of feline facial pheromones. This step is optional. Some people have good results with Feliway and some don’t see any effect at all. If you do spray Feliway on the sock, don’t spray it over the area that contains the newcomer’s scent. Spray in a different location on the sock. Feliway spray has a generic pheromone effect in that any cat who sniffs the sock will think it’s his own pheromones. He’ll think he facially rubbed there. I’m not endorsing Feliway but if you want to try it, you may have a good experience with it. As I said, my clients have had mixed results. 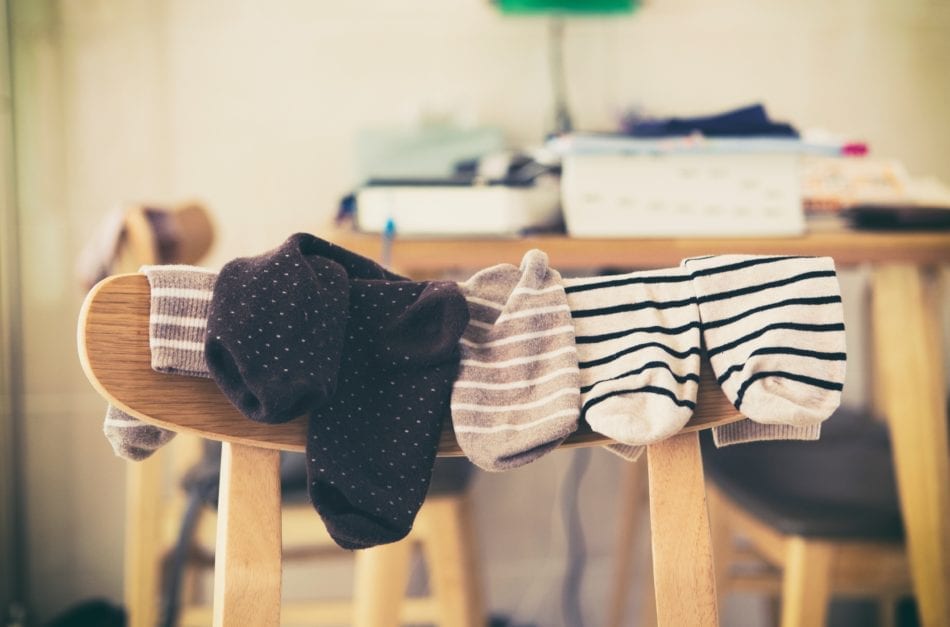 Photo by Jisu Han on Unsplash

Place the sock in your resident cat’s area. Place it in a general area and not where your cat eats or sleeps. Don’t place it near the litter box either. You don’t want this to appear to be a scent invasion so stay away from locations that your cat considers truly his. Don’t point the sock out to your cat or coax him to go over to it. Just casually drop it as if you were carrying a load of laundry and one sock made an escape on the way to the washing machine.