New Book!
Home | Family and Home | How to Introduce a Second Cat

How to Introduce a Second Cat 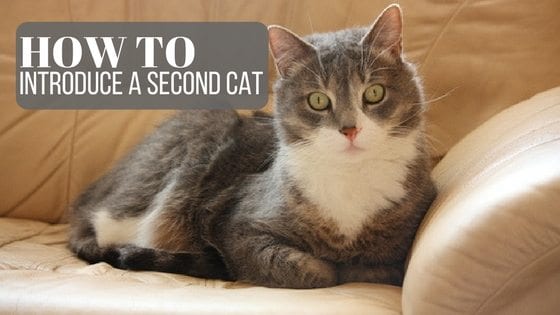 Cats, despite what you may have been told, aren’t solitary creatures and many of them benefit from having feline companions. That said, cats are also territorial so the introduction process requires some finesse and patience. If you just toss the cats together with a “they’ll work it out themselves” mentality, you will put a tremendous amount of stress on both cats as well as risk physical injury to them. An incorrect or hurried introduction can set the cats up to become bitter enemies. On the other hand, the correct introduction can open the door to a lifelong feline friendship.

You may know some people who used the old-fashioned (and not well-thought-out) method of simply putting the cats together and letting nature take its course. Some of these people may have had successful outcomes but at what cost? How stressful were the introductions? And, did the cats really become friends or did they merely divide up the territory and draw a line in the sand? Just because these cat guardians don’t see overt aggression doesn’t mean these cats aren’t living under constantly stressful conditions. The “let them work it out” method is risky, ineffective and inhumane. Why would you want to use a technique that puts all cats involved at risk? 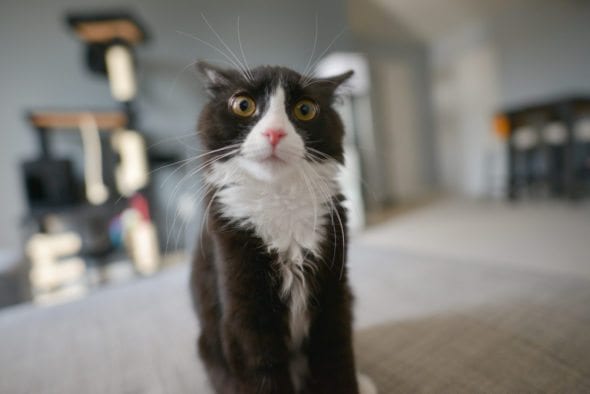 Do it the Right Way When Introducing Cats

The way I tell my clients to do new cat introductions is to take it “one sense at a time.” First the cats may hear each other (if one or both are vocal), then they’re going to smell each other (in a controlled way via my behavior modification method) and then they’ll see each other (again, in a controlled way). Finally, they may touch each other (we definitely want this to be a controlled and positive way). As for tasting? Well, that’s optional if one cat eventually licks another. Hopefully, the tasting aspect won’t involve any biting though.

The proper new cat introduction technique must address the emotional and physical needs of both cats. From the resident cat’s perspective, there’s an intruder in his territory. From the newcomer’s point of view, she has just been dropped on hostile turf. Both cats need to feel secure. If they feel as if there’s no safe place for them, that’s when they’ll revert to survival mode and you’ll see panic, fighting and perhaps spraying. If, however, they feel they can remain in their comfort zones while checking out the situation, you can usually keep a lid on the panic button. Both cats need safe areas to decompress during this life-changing event — and it is a life-changing event. Your resident cat doesn’t understand why he no longer has the entire territory to himself and the newcomer must get to know an unfamiliar territory, unfamiliar humans AND an unfamiliar cat. Talk about stressful! 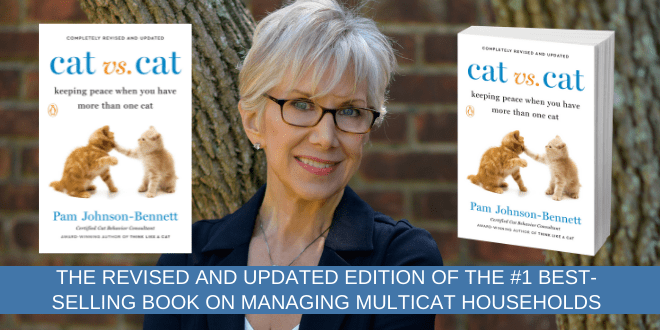 Step One: Set Up a Sanctuary Room

Set up a room to be used as a safe place for the newcomer. This gives her time to get somewhat familiar with her new surroundings in a more secure way. It’s stressful enough for a cat to move to an unfamiliar environment so before you attempt to introduce her to your resident cat, let her get her bearings and have time to herself in a sanctuary room. You don’t want to even attempt an introduction with a reactive newcomer so the sanctuary gives her a place to get herself back to normal functioning level. The more relaxed each cat is, the better the chances of a successful introduction.

The sanctuary room can be any room you can close off. It should contain a litter box, food/water, a few cozy hiding places, a scratching post, and toys. If you use a carrier to bring the cat into the house, leave the carrier in the room with its door open so the cat can stay in there if she chooses before venturing out into the rest of the room. If the newcomer kitty is timid or fearful, being able to stay in the carrier containing her own familiar scent may provide much needed comfort in the beginning. 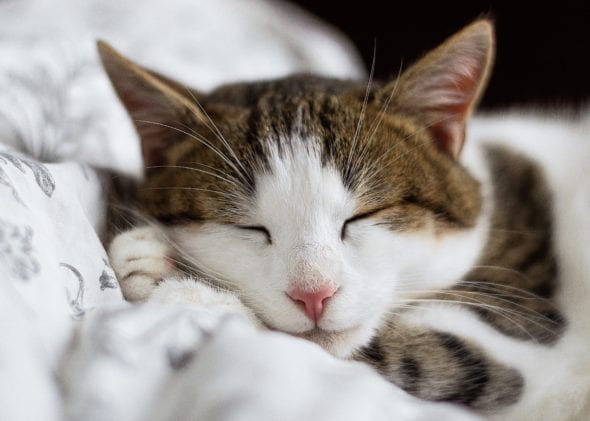 Photo by Alexandru Zdrobău on Unsplash

For a fearful cat, set up some paper bag tunnels as safe ways for her to get to resources. That way, she can get to the litter box or food without feeling too exposed. Put other hiding places around the room for her as well, such as upside-down boxes with entrance holes cut in them. This may help her feel as if she doesn’t have to remain hidden under the bed or in the closet. If she spends her days cowering under the bed and wedged behind your suitcase in the closet, she’ll be too frightened and reactive and that will lead to an unsuccessful and extremely stressful introduction.

I Know You’re in There!

Even though your resident cat won’t be able to see the newcomer, he’s going to be aware of the fact that she’s on the other side of the door. This is normal but by having the newcomer in the sanctuary, you’re letting your resident cat know that only a portion of his territory has been invaded and not the entire home.

The key to a successful new cat introduction is to give the cats a reason to like each other. You can’t just separate them for an extended period of time and then open the door expecting them to magically form a bond. They’ll need to see good things happen when they’re in the presence of each other, and later, within sight of each other. The best way to do this is with food and treats. Food is a powerful motivator!

Feed the cats by placing food bowls on either side of the closed sanctuary door. How far from the door itself will be determined based on the reactivity level of each cat. If your resident cat won’t come within six feet of the door then place his food bowl well within his comfort zone. In subsequent sessions you’ll gradually move the bowls closer and closer to the door itself.