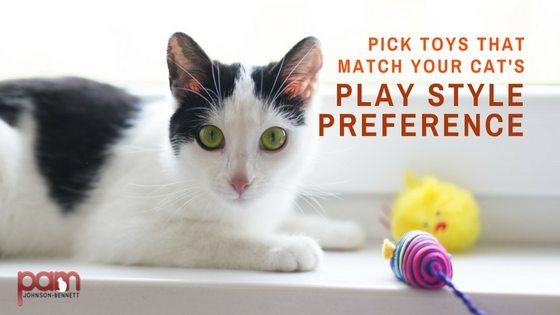 In a previous article I covered tips on choosing the right toy for your cat. Several factors go into making that decision such as your cat’s general personality, mobility, texture preferences, size, shape and sound preferences. That article can be accessed by clicking the following link:

Choosing the Right Toys for Your Cat

This week, let’s talk more in-depth about play techniques and how a cat’s hunting preference (even if the cat doesn’t go out to actually hunt) can influence the success or failure of a particular toy.

Get to Know Your Cat’s Preferred Prey

Many cats will go after anything and everything that moves as long as it’s not so large that it would be viewed as an opponent instead of prey. That prey could be a bird or butterfly in flight, a cricket hopping along, a lizard darting around, a mouse skittering from hiding place to hiding place or a little snake inching its way out of sight. Each creature requires adjustments in how the cat would seize his intended target. 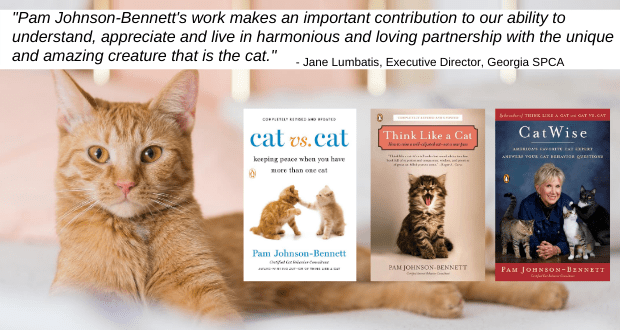 Some cats though, have preferences when it comes to the type of prey/toy. The cat may be excellent at going after birds and even getting one as it begins to fly or land. Another cat may do best sticking to prey that can only move horizontally.

In addition to knowing what toys are safest for your cat and addressing texture, size, shape and sound preferences, it’s also important to move those toys in the most enticing way. That’s where it’s important to know whether your cat has a particular play preference so you can make better toy purchases and you can conduct the most irresistible interactive sessions.

Is Your Cat an “on-the-ground” Hunter?

Your cat may prefer going after prey/toys that only stay close to the ground. It could be he feels he can stay hidden more effectively that way as he inches toward his target, or it may be due to limited physical mobility. An overweight cat may know it takes less effort to go after prey limited to horizontal movement. If you’re trying to build trust with a frightened or timid cat, he might feel too vulnerable to leap up in the air and come too far out of hiding. Pay attention to how your cat reacts when the movements of the toy go vertical. If he loses interest, it may not be he dislikes the toy itself, it may just mean he dislikes the way you’re moving it.

Is Your Cat Good at Being an “in-the-Air” Hunter?

When you play with your cat does he really enjoy the toy movements that include going up in the air? Interactive toys based on a fishing pole design (wand with a string and a toy dangling on the end) are great for making both ground and air movements. In addition to stalking along the ground and pouncing, the cat who enjoys air hunting will incorporate leaps and mid-air captures.

Begin Cat-related Ad-Content
Previous: 8 Tips for Easing Tension Between Cats
Next: 20 Things Your New Kitten Wants You to Know