New Book!
Home | Basic Training | Read This Before You Replace That Worn Out Scratching Post

Read This Before You Replace That Worn Out Scratching Post 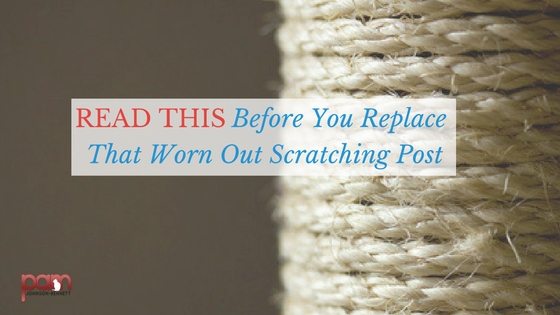 When a cat likes her scratching post and uses it exclusively, chances are, it will eventually start looking a bit ragged. Better the post looks ragged than the furniture, right? Even at that, since the scratching post is probably not one of the more attractive pieces of cat equipment you have in your house (the litter box probably ranks as the #1 least attractive), you may be tempted to toss out the old post and treat kitty to a brand new one. Before you do that, there’s a right way and a wrong way to go about it.

From the Cat’s Perspective

Imagine it from your cat’s point of view. She spends all this time marking the scratching post and then suddenly it’s gone and replaced with one that doesn’t have any of her familiar scents or marks. Her old scratching post was a comfort to her. In a multicat home with more than one scratching post, certain cats may have claimed specific posts or even specific areas on each post for marking.

So even though you might think you’re doing something wonderful for your cat by purchasing a brand new post and tossing out that old shredded one, you might actually be causing some anxiety. 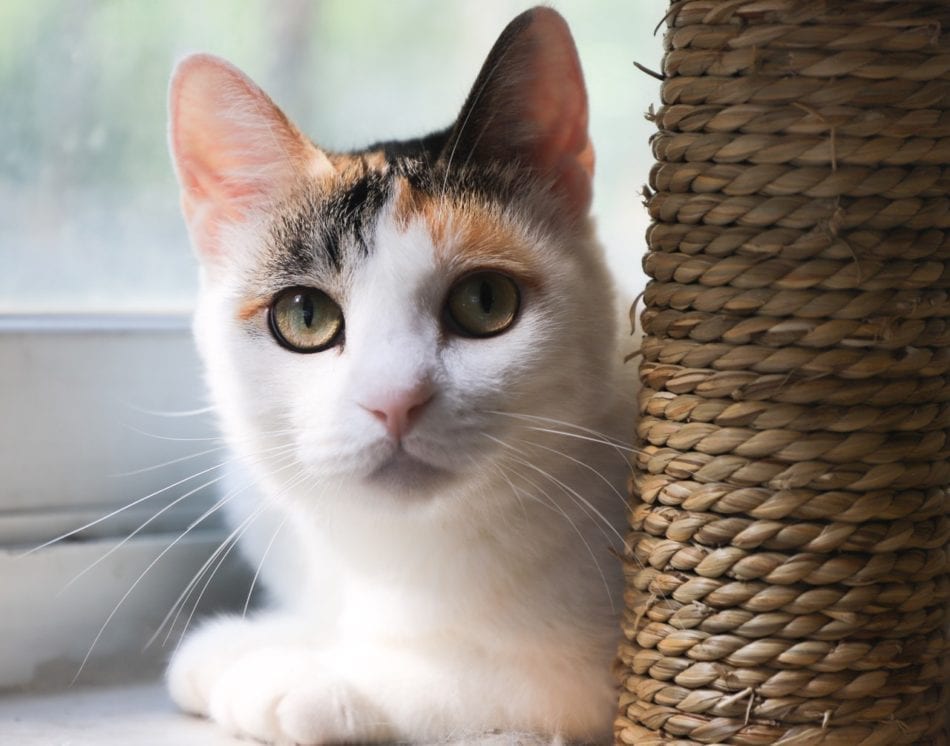 The Better Way to Replace an Old Scratching Post

Purchase the new post and place it next to your cat’s current one. Let her take it for a test drive. She might start scratching on it exclusively or she may only periodically go for it. Have both posts there so she’ll have the choice. You can increase the new post’s appeal by rubbing a little catnip on it. To add some of your cat’s scent to it, take a clean sock and rub the old post down and then rub the new post. Don’t rub your cat with the sock because you don’t want to get her facial pheromones on it. Cats don’t typically scratch where they facially rub. Rubbing the old post will hopefully capture some of the scents from the scent glands located on your cat’s paw pads. These scents are released when the cat presses her paws against the post to scratch.