Types of Aggression in Cats 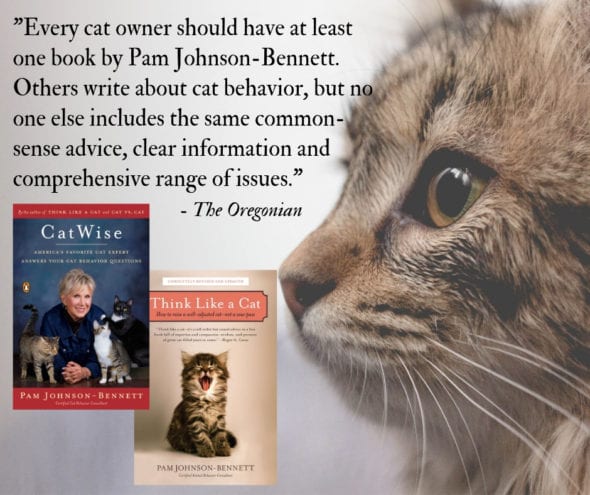 This is one that cat parents often think comes out of the blue, but in reality, the cat usually gives plenty of warning signs. The problem is, humans don’t always pay attention to the signals until it’s too late.

This type of aggression occurs when the cat parent is petting the cat and she suddenly lashes out and either bites or scratches. It can occur when the cat parent strokes beyond the cat’s tolerance or when petting causes over-stimulation. It can also happen when stroking areas of the cat’s body that aren’t comfortable.

To avoid petting-induced aggression, pay attention to the cat’s body language signals and learn her tolerance level so you can stay well below that. 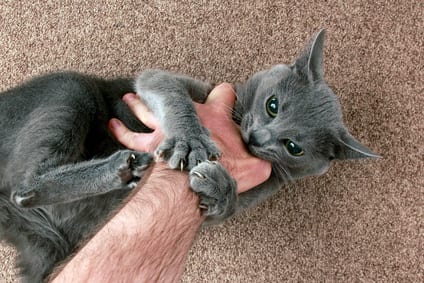 Basically, all types of aggression are rooted in fear. This is a cat who feels backed in a corner and has no other option but to lash out.

Veterinarians are the ones who often see cats displaying fear aggression. The cat is on the exam table and all crouched down with tail tightly tucked around her body. She’s terrified and trying to appear as small as possible. She’s saying “leave me alone” but of course, she can’t be left alone during a veterinary exam. As a result, she may feel she has to choice but to strike.

If a cat is displaying fear aggression and you don’t need to interact with her, the best thing to do is leave her alone and provide her with a place of refuge and security until she calms down. It’s also important to figure out what is triggering the fear.

It’s not uncommon for a cat parent’s unsuspecting ankles to become the victims of a cat’s play aggression. An orphaned cat or one taken away from her littermates too early may display this type of aggression because she was denied the social play that occurs during crucial time with siblings.

This type of aggression can also be displayed if you rough-house with the cat during play or use hands as toys. It’s important not to send a mixed message when it comes to playtime. Never tease or use your hands as toys. Play aggression is usually easily corrected by using interactive toys for play sessions teaching the cat that biting skin will result in a sudden end to the game.