Why Do Cats Chatter? 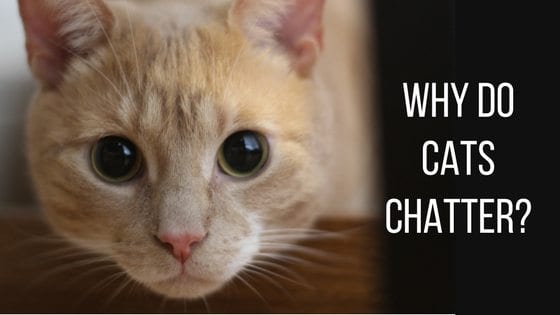 You’re probably very familiar with the sight of your cat sitting at the window and watching the birds outdoors. Your cat’s tail may begin lashing from side to side and he may even crouch down at the window, almost as if he’s going to spring through the glass and pounce on the unsuspecting bluejay. It’s then that you hear that sound – the little chattering noise that comes from your cat. It looks and sounds as though your cat is talking to himself, but what is he really doing? Is he talking to the bird? Why do cats chatter when they spot prey?

There are a few theories behind the chattering and chirping sound that comes from your kitty. Some experts believe it may be connected to the frustration he feels from not being able to get to the prey. It’s also believed the chattering is merely a reflex motion in anticipation of performing the killing bite to the prey’s neck. Another theory is that it’s purely how the cat controls his over-the-top excitement at spotting the bird. So I guess you can take your pick when it comes to the reason your kitty engages in the behavior. There are some mysteries cats insist on keeping to themselves and chattering is one of them.

Begin Cat-related Ad-Content
Previous: Christmas Plants That are Toxic to Cats
Next: Teach Your Kitten to Enjoy Being Touched