New Book!
Home | Family and Home | Communication | Why Does Your Cat Present His Backside to You?

Why Does Your Cat Present His Backside to You? 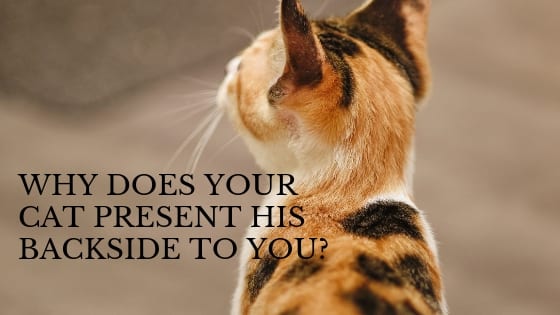 Has your cat ever jumped up into your lap, rubbed his face against you, purred, then turned around so his hindquarters were facing you? As if that’s not enough, he will raise his tail and it’s almost as if he’s actually presenting his backside to you. Do you feel insulted or disgusted? You shouldn’t. What your cat is doing is actually very polite in terms of feline etiquette.

What Should You Do?

So when your cat turns around and presents his backside to you, he’s actually displaying his proper feline manners. Now, what should you do in response? Relax, you certainly aren’t expected to do you-know-what. All you have to do is pet your cat along the back or wherever he prefers most as an affectionate gesture.