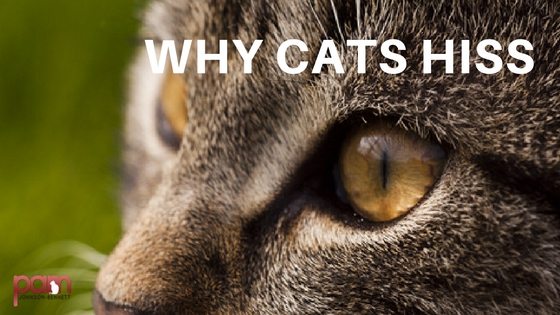 It’s a sound everyone has heard at some point. Even if your cat is the sweetest little cat on the planet, if she has ever felt threatened or needed to send a warning to someone (feline, canine or human), she has probably hissed at some point.

Hissing may seem like a comical sound for a cat to make but trust me, your cat isn’t viewing it with any type of sense of humor. If your cat is hissing then she feels there’s an immediate threat.

How Do Cats Hiss?

The hiss is created when the cat forces a burst of air out through her arched tongue. If your face is close enough to the cat when she hisses, you can actually feel the air being shot out through her mouth (but please don’t ever be close enough to experience that). She will pull her lips back as well and the ear position will be flattened against the head. Additional body posture typically accompanying the hiss includes arched back with piloerection of haircoat. 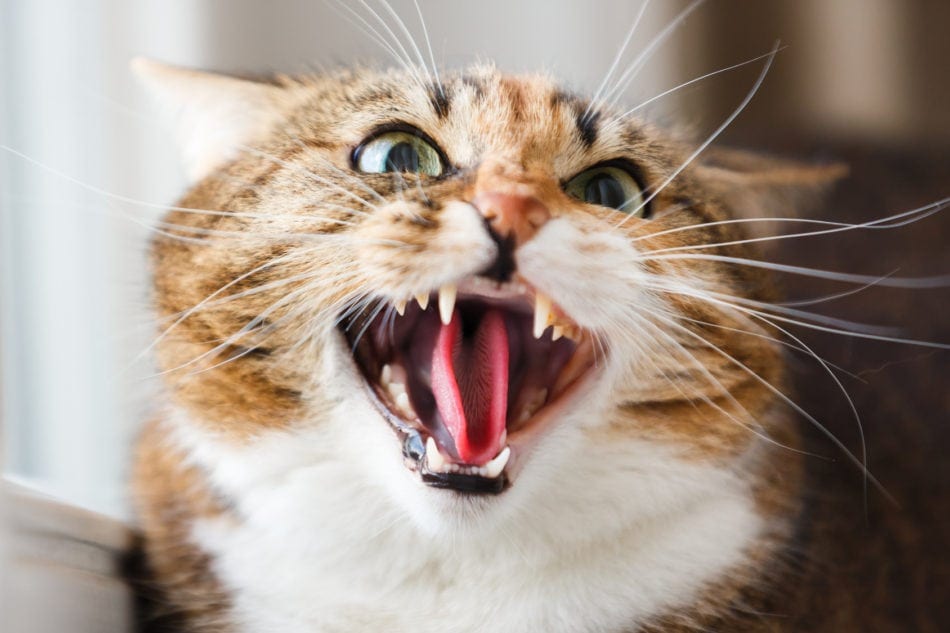 Why Do Cats Hiss?

Simply put, hissing is a warning. Since cats don’t want to engage in physical confrontations, they rely on body postures, marking and vocalizations to deter opponents. A hissing cat is giving a verbal warning to her opponent. Hissing is a defensive vocalization which means the cat is reacting to something in her immediate surrounding that is causing her to feel frightened and in danger. The threat could be anything from another cat approaching or being handled by the veterinarian or even the cat parent. The hiss is a warning that says aggression will follow if you don’t back off. A cat who hisses is fearful but ready to engage in battle if necessary.

Many behavior experts believe that the cat produces the hissing sound to mimic that of a hissing snake in order to deter opponents. Mimicry is a common behavior in the anmal world when it comes to survival. Some animals will mimic a predator vocally or visually as a deterrent. The cat is counting on the fact that the hiss provides enough of a warning. A mother cat may hiss if other cats or even a human get too close to her litter of kittens; a cat may hiss when an unfamiliar guest comes in the house; hissing is a common sound heard when the cat is placed on the exam table at the veterinary clinic; and if you’ve tried to medicate or handle a cat who is uncomfortable with the procedure, chances are you’ve been hissed at.